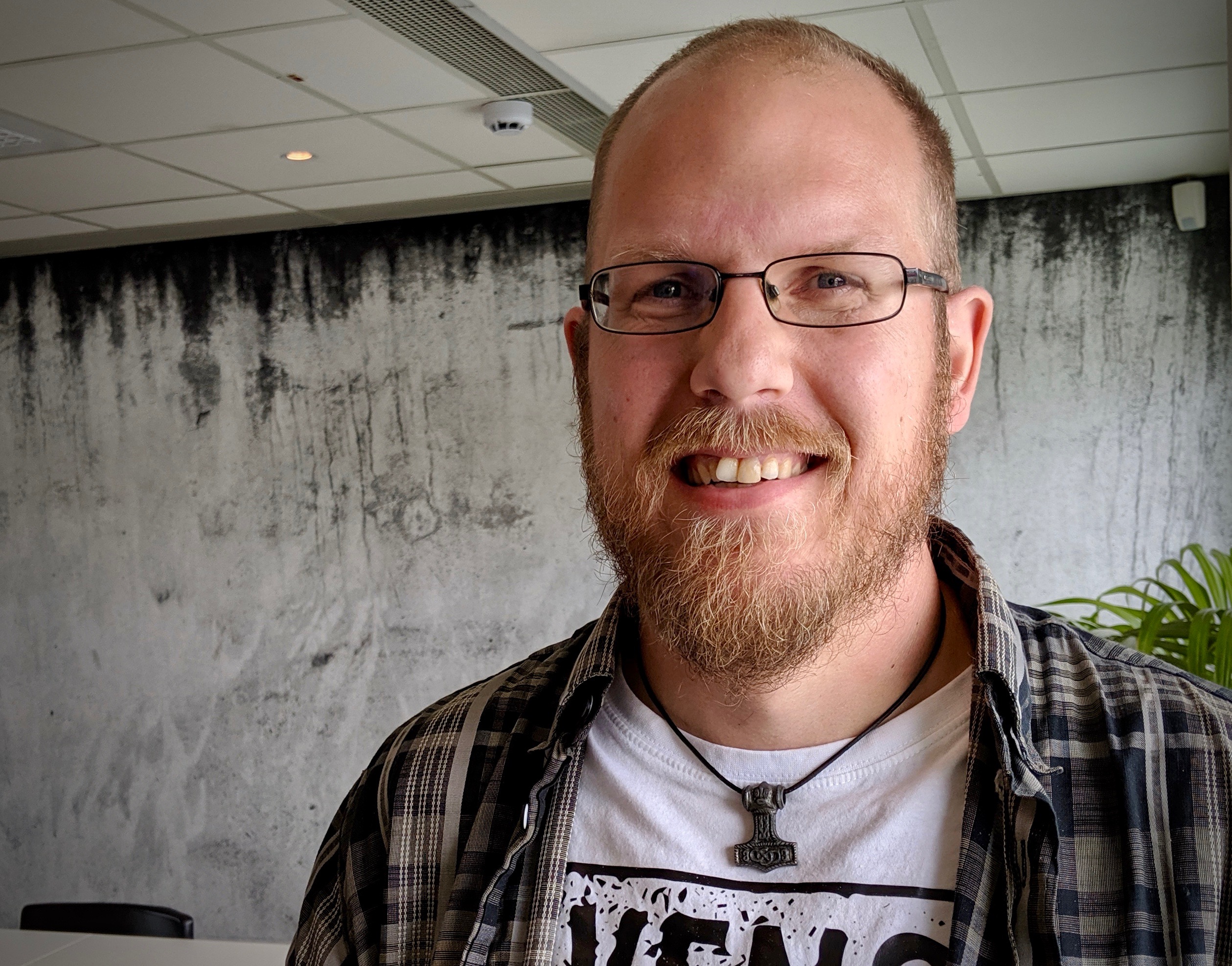 He got his first computer at the age of ten and was instantly intrigued. Since then, the love for technology and IT has been a guiding star for metalhead Matthias. At Smart Refill he is focused on setting the stage for great developer deeds and Smart Refill’s continued growth journey. Rock on Matthias!

As a system administrator, I am driven by creating sharp IT systems, stable operations and smart tools that enable our developers to work efficiently. Everything we do is based on a reliable server environment, so you can say that it is the foundation of our existence. It is a very motivating thing to work with, and I get to combine my interests in computers, IT, development and people into one and the same dream job, says Matthias, who joined Smart Refill in the summer of 2019.

After devoting his career to IT, operations, development, IT security, web development, servers… just about everything that concerns computers, Matthias brings with him a wealth of experience. With a passion for open source and Linux operating systems, Smart Refill was a perfect match for Matthias. In addition to this, he is also certified for both Google’s and Amazon’s cloud architecture.

I enjoy the breadth of the Sysadmin role and will help create even better routines for launching new code. The focus is on making life easy for our developers, so that they in turn can create fantastic solutions for our customers.

For a true IT virtuoso like Matthias, a good day is when everything runs smoothly. Systems are doing well; servers are running without a hitch and the operation is ticking like a Swiss watch. Matthias appreciates the amazingly fast development in IT, such as being able to add a whole new data center in the cloud, in just a few hours! And when he decided to look for a new job in Helsingborg, Smart Refill was high on his list.

In fact, I missed out on a job opportunity at Smart Refill a while back. When they decided to grow the operations team further, I took the chance, and here I am! It’s right up my alley with a strong technology focus and very high ambitions in IT security and system development. I also like the start-up mentality with a small and fast organization. The family-like atmosphere is a big plus and I both get to learn a lot and give back to my colleagues and customers, Matthias concludes.

Do you want to join Matthias and his competent and nice colleagues? Check out Smart Refill’s job openings! If there’s no job out right now – connect with us to get a notification as soon as it does.