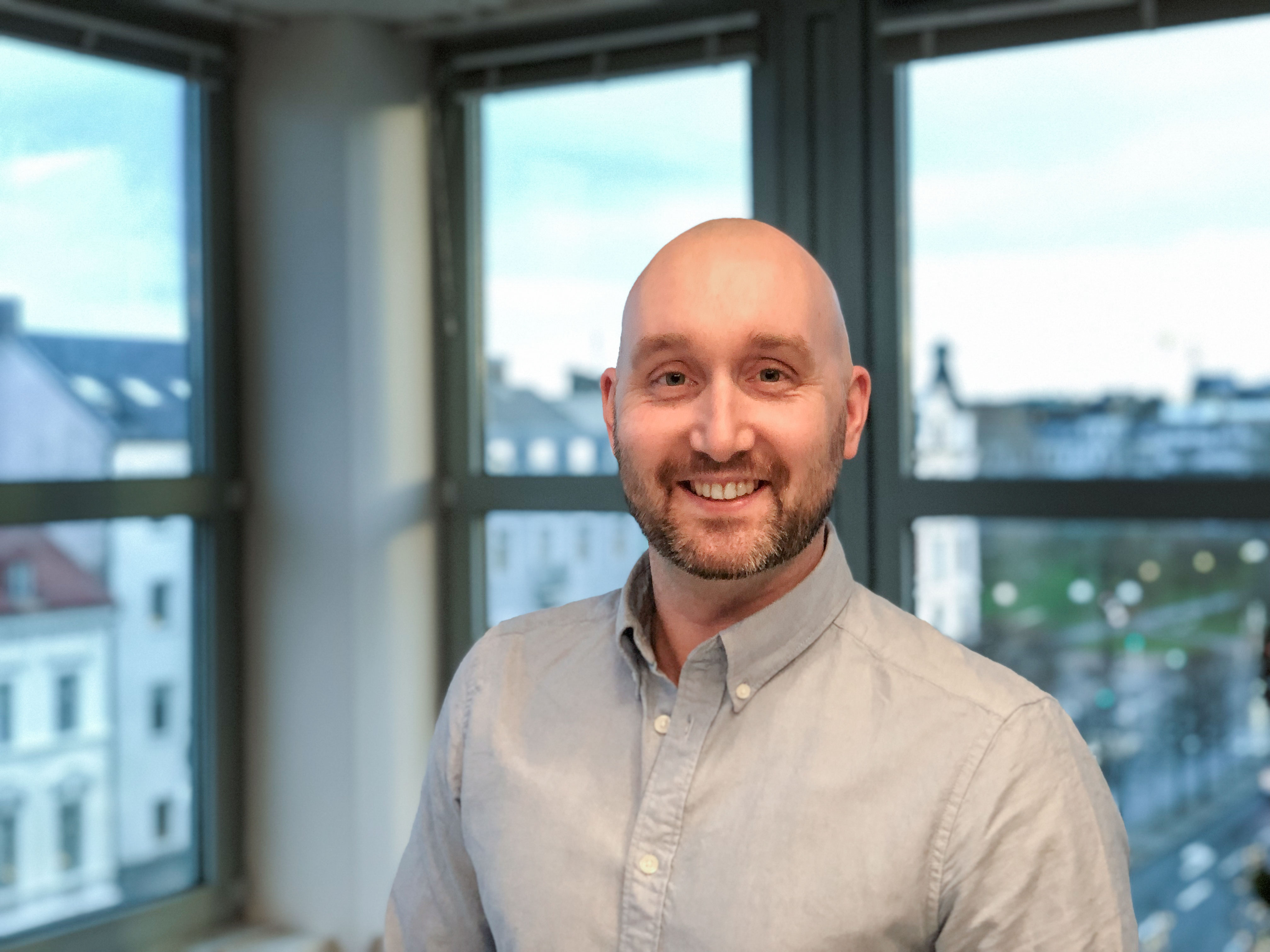 Henric – app developer with a passion for Android and great features

April 1st 2015 was no practical joke to Henric Lind. It was his first day working at Smart Refill. He loves being part of the of the development team, helping customers on their digitalization journey. Henric is passionate about problem-solving and admits to being somewhat of a nerd.

I think most developers are nerds, to be honest. Nothing makes us tick like working with the latest technologies and getting our heads deep into lines of code. Solving a particularly complicated problem really gets us going, says Android developer Henric Lind.

Two floors up in the same office building. Henric didn’t have to move very far when he left his job at IT giant Sogeti to join Smart Refill in 2015. His college classmate had told him that the smart development company needed more smart developers. Since then, he is part of the front-end team at Smart Refill. Together with the back-end team, they create applications and digital services for Android, iOS and the web for sectors telecom and fintech, in Sweden and abroad.

I was interested in app development early on, and especially in the Android platform. Building stuff, making it work and working with graphics and animations… It’s so much fun. At Smart Refill, the development team comes in when the key account managers have landed the project and the requirements are outlined in so called user stories. We create the technical solution proposal and start programming. Sometimes I’m in direct contact with the customer’s IT departments and developers. We aim at working closely with the customer and helping them improve their services and business, says Henric.

Getting the right app feeling

Building all those applications through the years has given Henric a feeling for what makes a good app.

The aim is to give the app that certain “Android feeling”. Needless to say, a good app should be intuitive with a natural flow. The user should understand how it works right away and the fingers should find their way effortlessly. That is what makes a good app, says Henric, who lists the following as his own favorites: 1. Handelsbanken’s banking app for kids (made by Smart Refill), 2. Swedish housing site Hemnet, 3. Swedish logistics company PostNord.

A great place to work

After almost 4 years at Smart Refill, Henric is deeply rooted at the office in central Helsingborg with a view to the Oresund strait and Denmark. Henric explains why the the staff turnover has been very low at Smart Refill.

The team spirit is fantastic! We have a great atmosphere in the office and I really like my colleagues. For developers, it’s important to be at the forefront of technology and at Smart Refill, we use the best tools and latest software. The work environment is really one-of-a-kind with respectful, fun and ambitious people. We often conclude the week with a “mini after work” in the lunchroom. We take care of each other and have fun. That’s important when working hard together, Henric Lind concludes.