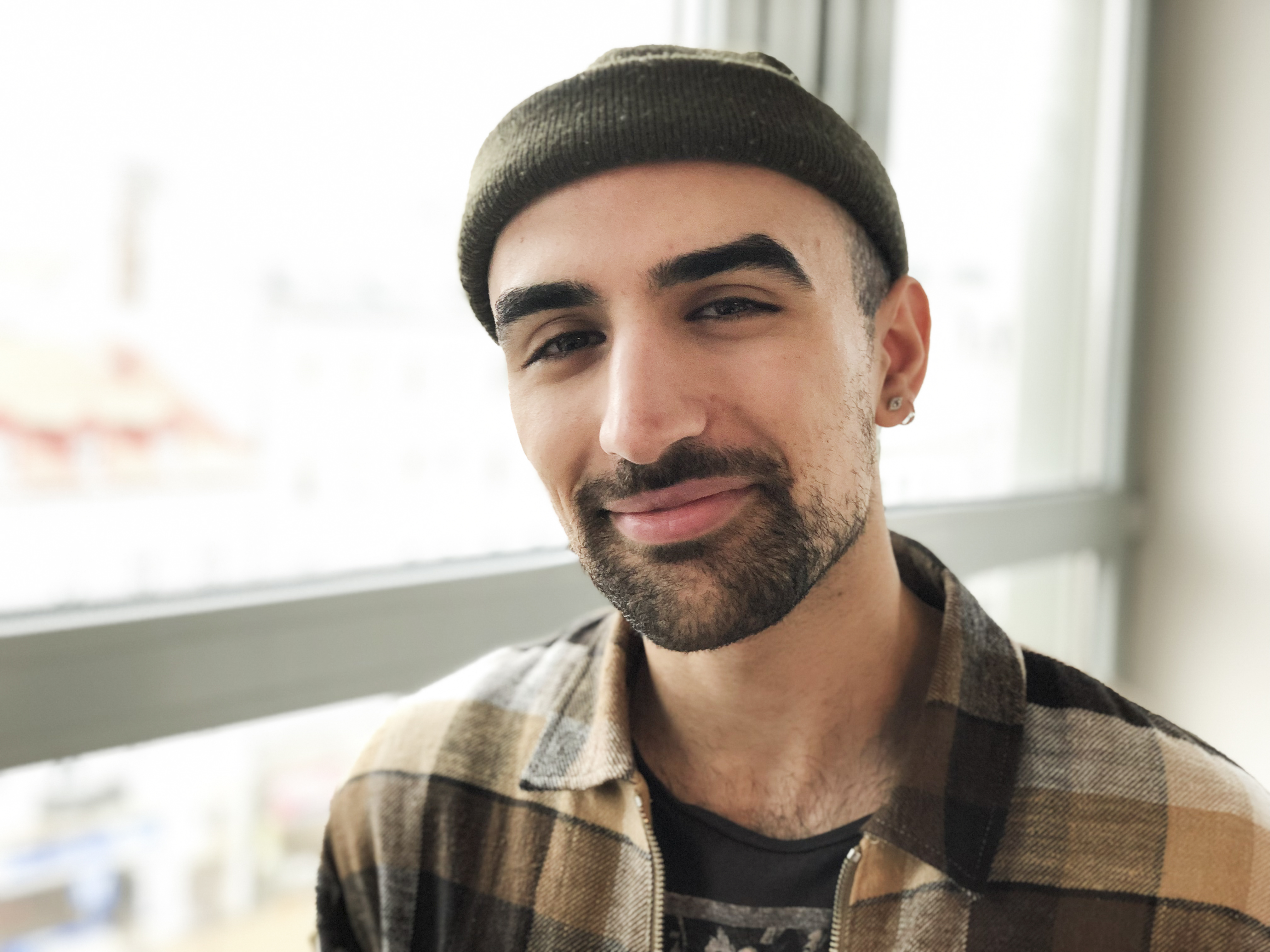 Working at Smart Refill fits Hamza perfectly. And speaking about perfect fits: his colleagues have appointed him “Best dressed at work”. Hamza himself prefers to speak about his creative interest and passion for computers and app development. An interest that arose when Hamza was seven years old and his father came home with a brand-new PC.

I really don’t know what he was planning to do with the computer, but I quickly took it to my heart, says Hamza, who already had an interest in games and software at the tender age of seven. I played so hard that smoke was coming out of the motherboard and quickly learned to make simple adjustments to improve the games. At that time in my life I took steps that led me towards my education as an engineer, says Hamza.

After three years at Lund University of Technology, Campus Helsingborg, Hamza graduated in 2017. During his senior year at the university, he developed his first app to keep track of different courses and exams. Thanks to the app, Hamza caught the eye of development company Smart Refill.

Got the chance and took it

Once in place at Smart Refill, the knowledge journey began. Hamza explored new technologies and grew into the work of developing apps, as a member of the iOS team.

I was a rookie but got the chance and took it. I’m grateful for that and very pleased with the outcome. My responsibilities have grown as I learn. I’ve also gotten the chance to play a big part in the development of a brand new banking app, which has been a lot of fun and very rewarding, says Hamza.

So, what is it like to be an app developer at Smart Refill?

I have been taught to build apps in the right way, with quality and long-term focus for the customer. So even though we often work under time pressure, we create top quality. That’s our mindset. For us, it is also very important that the apps are built in a way that enables the functionality to be expanded in the future.

Being a member of Smart Refill’s front-end team, Hamza feels that he has struck gold on his first career stop. At Smart Refill he gets to develop his interest in apps and constantly learn new skills from his colleagues and customers.

We support each other when we encounter problems and everyone acts more like friends than as colleagues. It’s fun to go to work every day and you can be yourself here. Personally, I like to be challenged at work, that’s how I grow. We have a high pace, but the atmosphere is always friendly and we laugh often and out-loud in the office. That’s the way it like it, Hamza concludes.

Do you want to join Hamza and his competent and nice colleagues? Check out Smart Refill’s job openings! If there’s no job out right now – connect with us to get a notification as soon as it does.